What is Low n Slow cooking and how can you cook this way?

Or how to bop your BBQ cooking chops

No doubt you have heard of Low n Slow cooking or are somewhat familiar with this cooking concept. So, let’s cover a little history and how you can up your BBQ game and become the pit master you always knew you could be.

While no one can rightfully claim to have invented it (Aboriginals from the African continent & the Americas had long used it), this cooking method was further developed in early colonial times to improve poor cuts of meat left for enslaved and low-income people (for example ribs and briskets).

Perhaps it would be best to first clear up a misconception. When referring to “BBQ”, many people mean outdoor cooking in general, be it done on charcoal, gas or electrical. Technically, BBQ refers to a low and slow cooking method done over charcoal. “Grilling” is the appropriate term for most outdoor cooking. However, the Low n Slow method can be used on any type of ovens/grills/BBQ.

Note: What this article is NOT about… We are not suggesting that every single meal should be done this way. If you enjoy steaks, tandoori, satays, burgers and any thing that tastes better with a quick searing and grilling then by all means keep doing so.

Now with this out of the way… 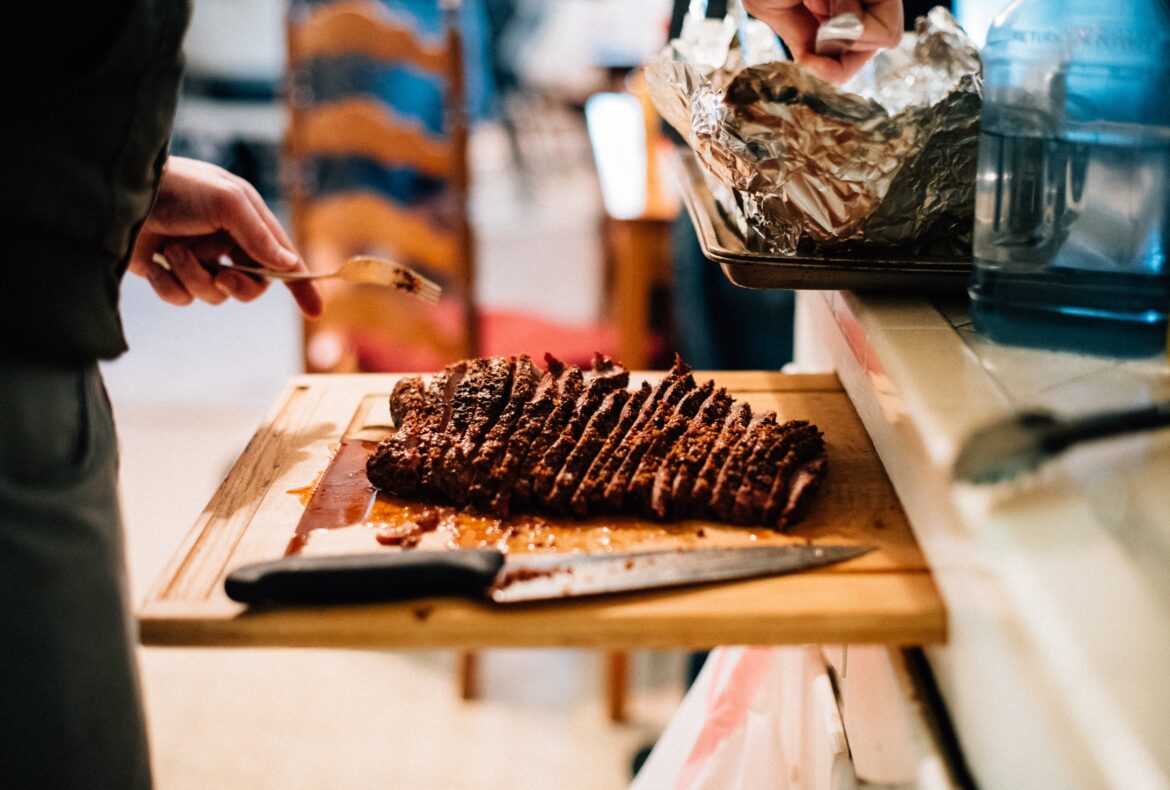 How can it benefit you?

Has this ever happened to you? You slaved endlessly preparing a large cut of meat (Turkey, Roast etc). You bought the best ingredients and carefully plated your dish to find out the meat was somewhat tough and dry. Especially, the exposed outer layer. How can this be? You followed the recipe exactly as stated.

Well, my friend I am here to save your bacon (or roast or whatever). Because the secret is low and slow cooking.

You may be surprised that most of the above is, if not completely wrong, then somewhat off the mark.

If you’re thinking “many people have eaten in my kitchen & have gone on to live and tell the tale” and your cooking style is “The speed at which I can open a can of beans during a commercial break is amazing..!!” Then this article may not be for you, otherwise read on and be amazed!

Food Science and the Art of Cooking

Food science to the rescue! There is such a thing as food scientists whose job is to understand why food behaves the way it does when we cook it, spice it, brine it etc.

Think of it this way, food is made up of chemical elements that react differently when exposed to heat (cooking) or other chemical elements (spices, oil, vinegar, and others). So, it makes sense to understand these principles since this is what distinguishes a good meal from an AWESOME meal.

There are many good books written on food science and at the end of this article, I will share some links.

Cooking Low n Slow is a proven cooking method used for centuries if not millennia to improve the taste of meat while retaining moisture. Our recent understanding of food science further refines how anyone can use it. It is a particularly good way to cook large cuts of meat.

If you have a bit of a lazy bone in the kitchen as I do, as an added bonus it is one of the easiest ways to cook. Add some spices, put it in the oven and leave it be. No need to check on it or baste. Have a drink, watch the game, and wait for the dinger or programmable thermometer notify you.

Where do you go from here?

If you don’t have one already invest in a good quality quick read digital probe thermometer (or better yet a programmable ‘always on’ probe thermometer) at your nearest WE LOVE FIRE dealer. It will be one of your best kitchen investments to ensure you provide delicious and safe meals.

I would also strongly suggest investing in some good reference books on food science (suggestions below).

The next articles will provide ideas on how to cook your best turkey ever with the Low n Slow method and how to reduce cooking time even with this method. We will outline this approach using various indoor and outdoor cooking appliances.

Finally, amateur pit masters are always on the lookout for the Holy Grail of BBQ - amazing pork ribs. How can you get them as good as those on the championship circuit? We will provide tips and tricks on how to achieve them with the Low and Slow method. You will never look back again!

All the best and remember… be the Pit-Master you always knew you could be!

As a young child, Bert was fascinated with anything with a flame. Eventually, his interest was productively focused on cooking and eventually joining the Hearth, Patio and BBQ industry. Once known to own a ‘fleet’ of grills and BBQ, Bert loves to experiment with food and flavours. This led him to research the ‘science’ of food and forever seeking the best methods to satisfy his hungry and discerning guests. He also writes blogs on all things BBQ. Bert now lives in Asia where he pushes the limits of meatless BBQ (Slow smoked on mango wood BBQ’d Jackfruit with durian chutney anyone?). He hopes you will join him in his journey.

View all posts by: Bert Plourde