Using a Gas Fireplace When the Power is Out

The popularity of gas fireplaces is undisputed.  Whether it’s natural or LP gas, the realism of the fire in many gas hearth products today is truly remarkable.  Homeowners enjoy the convenience and the versatility of a gas fireplace.

But what about when the chips are down and an ice storm, heavy snow, high winds or an equipment failure causes an electrical power outage?  Can a gas fireplace be expected to heat?  A forced air furnace will not operate without power.  Can I use a gas fireplace without electricity?

Before we answer this question, let’s get a better understanding of how your gas fireplace works.

HOW DOES YOUR GAS FIREPLACE START?

When you flip a wall switch, click your remote control or the thermostat starts calling for heat, the gas valve on your fireplace will open.  Gas valves generate their own electricity and operate on millivolts, a very small amount of electricity.  That’s substantially less that the 120 volts that are needed for most household appliances, rechargers and lamps that plug into a wall outlet.

Millivolts of electricity for your gas fireplace are generated by a small device called a thermocouple.  Basically, a thermocouple is a sensor that measures temperature.  It’s made with two different types of metals.  Several of these thermocouples connected together are called a thermopile.  A thermopile is about the diameter of a pencil and a couple of inches long.  A small wire connects the thermopile to the gas valve. 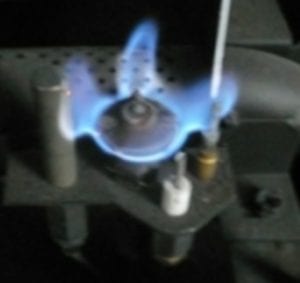 A pilot light, or a very small gas flame about ¾” high, heats one end of the thermopile.  Since one end is hotter than the other, the difference produces a temperature dependent voltage.  That voltage is millivolts of electricity whose purpose is to open and close the gas valve.  It’s worth noting here that the normal position of a gas valve is closed.  Without millivolts of electricity being generated, the gas valve cannot open and will remain in the closed position.

A pilot light has two primary functions.  One is to generate millivolts in order to open and close the gas valve.  Once the valve is open, the second function of the pilot flame is to ignite the fuel as it flows into the burner assembly.

Hang on, we are going to get to the original “will it operate without power” question in just a minute!  But first, a few details and a bit more background information so you have a thorough understanding.

For many years, “standing” pilot lights were kept burning 24/7/365 in fireplaces, water heaters and furnaces.  This type of technology has been around for years and has been proven to be extremely reliable and consistent in its performance.  However, since the pilot is always lit, this use of gas is considered wasteful by some.  As a result, electronic ignition was developed.

An electronic ignition system does not utilize a standing pilot light.  The pilot is on, only when the fireplace (or furnace or water heater) is operational.  After flipping a wall switch or pressing a remote control to start your fireplace, an on-demand electric source creates a spark and ignites the pilot light.  This type of ignition system is called IPI, or Intermittent Pilot Ignition.

WHICH TYPE OF IGNITION SYSTEM IS BETTER? 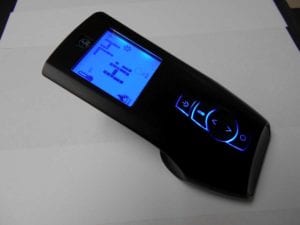 Pros and cons of each system?  A millivolt system is a proven technology that’s time tested and very reliable.  It’s a simpler method to ignite the fireplace.  But, is it wasteful?

There are a couple of distinct advantages for keeping a pilot light on year-round.  If you live in a damp or humid climate, there’s a very small amount of heat generated by a standing pilot light.  This can keep the inside firebox dry and prevent rust from developing.  A standing pilot light will also prevent small, silky spider webs from forming inside small orifices in the fireplace.  The result is a service call to get the fireplace operational again.

An IPI system is going to be more “efficient” since natural or LP gas is used only when you flip a wall switch or click on your remote.  However, IPI is a more complicated ignition system.  It requires an electric source to create a spark that ignites the pilot light.  If the power is out, the fireplace will not ignite.  But most IPI ignition systems for gas fireplaces will use a battery powered backup module for starting the unit when power to the house is disrupted.  You just make sure the batteries are fresh!

Today, many fireplace manufacturers produce units in both millivolt models and IPI models.  There are some states where IPI technology is mandatory.  Other states will allow either type of ignition.

A standing pilot ignition system is typically less expensive than an IPI system.  IPI uses newer technology and can be more difficult to troubleshoot than a standard millivolt system in a fireplace.

Many WE LOVE FIRE dealers and their service techs would tell you that they prefer a millivolt system over an IPI system in a fireplace.  Remember the old adage, “Keep it simple, make it work”?  That could be applied here.  There’s a lot less to go wrong in a millivolt system.

The cost to operate the pilot light on a millivolt system is approximately 4.5 therms (450 000 BTUs) of natural gas or about 5 gallons of LP gas per month.  Gas rates vary a lot depending on the time of year and regionally.  As this article was written, in the Midwest, gas usage for the pilot light on a millivolt system would be approximately $4.50 - $6.50/month for natural and about $5.25 - $7.25/month for LP.

FINALLY, WHAT ABOUT HEATING DURING AN OUTAGE?

Either type of ignition system will operate in the event of a power failure.  Depending on the size of the gas burner, a substantial amount of radiate heat can be generated from the fireplace.  This radiated heat from the appliance will warm the objects in the room.  On the other hand, without power to the house,  no convective heat will be felt.  Why?

That brings up a common question that dealers are asked:  “Will my blower fan operate with the power out.” The answer is no.  Fans are reliant on house current and if the power is out in your house, regardless of the type of ignition system on your fireplace, the fan will not operate.

Joseph G. Bodden is a Wisconsin native and is semi-retired after 40+ years in marketing, sales and technical customer service work. Over 23 of those years have been in the fireplace industry, as the Hearth Division Manager in an organization that operates two retail shops. During that time, Bodden was certified by the National Fireplace Institute in wood & gas technologies. He was also selected several times by Hearth & Home magazine as a judge for the annual VESTA awards that recognize manufacturers creativity and innovation in product design and technology. One thing that Joe particularly finds fulfilling is explaining fairly complex subjects to fireplace customers and steering them to specific products that will satisfy their objectives. There’s nothing like unsolicited positive feedback from a happy customer! He enjoys the outdoors, playing guitar and spending time with their five grandchildren. Bodden continues to live in north central Wisconsin with his bride of 46 years.