Piri-Piri Chicken Wings in the Style of Nando’s

I don’t normally eat at fast food joints—especially not at airports. However, I make an exception whenever I’m in Johannesburg or Cape Town: Nando’s. Over three decades, Nando’s founders, Fernando (“Nando”) Duarte and Robert Brozin, have built traditional African-Portuguese chile-grilled chicken into an empire spanning five continents. The pair uses a two-step process, soaking chicken overnight in their piri-piri marinade, then glazing it with a lemon, herb, and chile sauce as it comes off the grill. So how do you make their piri-piri marinade and basting sauce? As you can imagine, Duarte and Brozin aren’t talking. But they did suggest some broad guidelines. The following gets you in the infield, and it definitely gives Buffalo wings a run for their money. Note: Nando’s spells this specialty peri-peri; elsewhere on Planet Barbecue it’s piri-piri. Take your pick. Serves 4 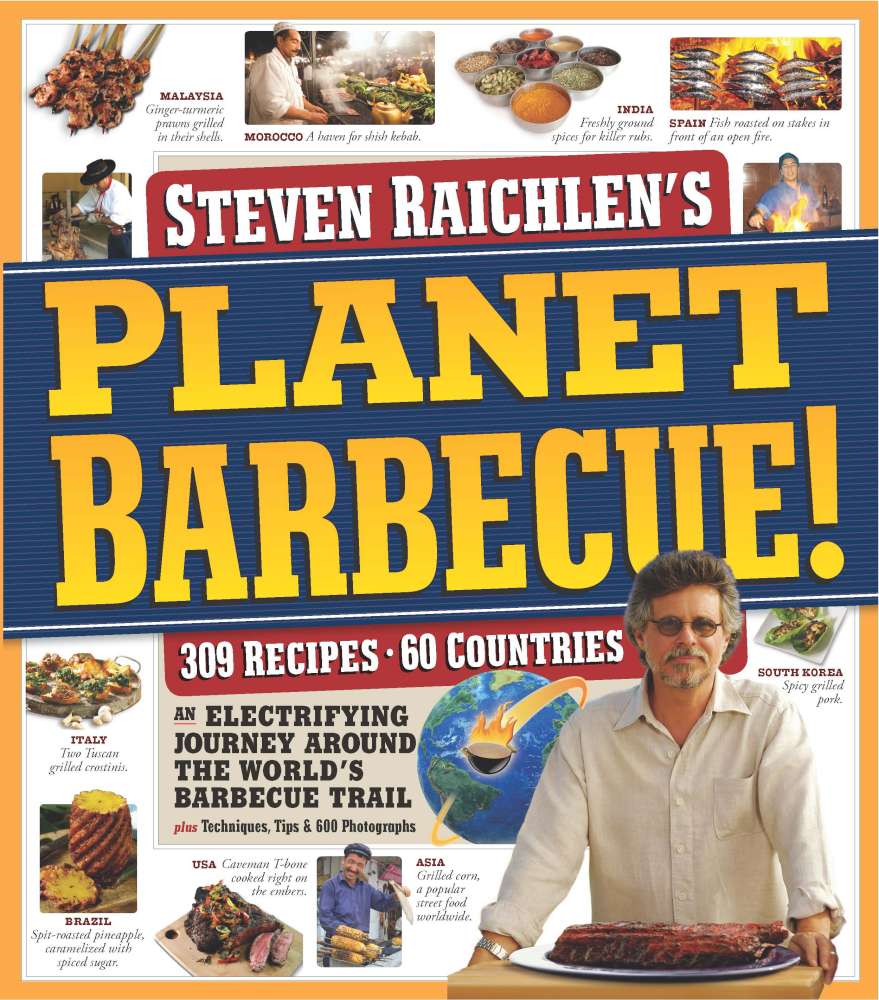 What: The most popular fast food in South Africa—chicken grilled in a fiery paste of piri-piri chiles

For the wings and marinade

1 Prepare the marinade and wings: Place the 1/2 cup of hot sauce or 1/4 cup sauce and the chiles, the garlic, onion, ginger, cilantro, oil, 1/4 cup of lemon juice, and the salt and pepper in a blender and puree until smooth. Or you can puree the piri-piri chiles, if using, and the garlic, onion, ginger, cilantro, salt, and pepper in a food processor, then work in the hot sauce, if using, and the oil and lemon juice. Transfer the marinade to a large nonreactive bowl or roasting pan.

3 Make the glaze: Melt the butter in a saucepan over medium-high heat. Add the cilantro and garlic and cook until sizzling and aromatic, about 2 minutes; do not let the garlic brown. Stir in the hot sauce and lemon juice and let the glaze simmer until blended and flavorful, about 2 minutes.

4 To grill: Grilling the chicken wings using the direct method is truer to the way they do it at Nando’s but requires a little more care than grilling them using the indirect method. Whichever method you use, drain the wings, discarding the marinade, before grilling.

If you are using the direct method, set up the grill for direct grilling and preheat it to medium. Leave one section of the grill fire-free for a safety zone. When ready to cook, brush and oil the grill grate. Arrange the chicken wings on the hot grate skin side down and grill them until crisp and golden brown and cooked through, 8 to 12 minutes per side, turning with tongs. Should any flare-ups occur, move the wings to the safety zone.

If you are using the indirect method, set up the grill for indirect grilling, place a drip pan in the center, and preheat the grill to medium. When ready to cook, brush and oil the grill grate. Arrange the chicken wings skin side up in the center of the grate over the drip pan and away from the heat. Cover the grill and grill the wings until they are crisp and golden brown and cooked through, 30 to 40 minutes.

5 To test for doneness, make a small cut in the thickest part of one of the wings; there should be no traces of red or pink at the bone. Transfer the grilled chicken wings to a platter and pour the glaze over them. Toss to mix, then serve at once.

This is the dish that made Nando’s famous. Substitute a 3 1/2- to 4-pound chicken for the wings in the Piri-Piri Chicken Wings, spatchcocking the chicken as described on page 370. If you use the direct method, it will take 15 to 20 minutes per side for the chicken to grill. Using the indirect method will take 40 minutes to 1 hour. Spoon the glaze over the bird and serve at once.

Another Nando’s best-seller is a fiery twist on shish kebab. Start with 1 1/2 pounds of skinless, boneless chicken breast or thighs, cut into 1-inch squares. Marinate the chicken in the piri-piri marinade for 3 to 4 hours, then drain it well and skewer it alternating with 1-inch squares of green bell pepper, red bell pepper, and pieces of onion. Grill the kebabs using the direct method until the chicken is browned on the outside and cooked through, 2 to 3 minutes per side, 8 to 12 minutes in all. During the last 3 minutes, start basting the kebabs with the piri-piri glaze. Spoon the remaining glaze over the kebabs before serving.

Just the Facts: To be strictly authentic, you’d use piri-piri chiles—or peri-peri chiles as they spell it at Nando’s. Or, you’d use the South African sauce made from those chiles. Piri-piris are similar to the North American cayenne pepper, and the South African sauce is similar to the Brazilian hot sauce made from piri-piris. I’ve given you a range of options here. One good source for piri-piri sauce is www.southafricanfood shop.com.